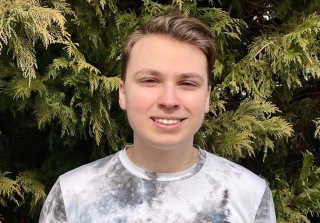 After seeing several Heart in the Game advertisements and reading about Greer Firestones daughter, Grace. I decided to register my three youngest sons for a free EKG.

Though my sons are healthy and have never showed signs of a heart condition. We have all read or seen the tragic stories in the news of sudden death syndrome in young athletes. My youngest son Zach played multiple sports.

I thought this would be a great way to ease my mind. Especially since EKGs currently aren’t part of a typical physical and the event was free of charge.

We arrived at the Heart in the Game event on March 19th, 2016 , which was being held at my sons high school, Middletown High School.

Everyone was friendly and professional. My three children had their EKG and we were on our way to get ice cream within 40 minutes.

On March 28th I received a phone call from a cardiologist at AI DuPont Children Hospital. I was told my 12 year old son Zachs EKG showed an electrical malfunction. He was quickly scheduled for an appointment with cardiologist,Dr Temple. He confirmed Zach had a dangerous pathway in his heart and was diagnosed with Wolff-Parkinson-White (WPW) syndrome.

On April 21, 2016 Zach was scheduled for an ablation to correct the malfunction. My husband and I are eternally grateful for an event like Heart in the Game. A free non evasive EKG that took less than 15 minutes kept our son from possibly being a statistic.

Our hope is that one day this will be part of every child’s physical.